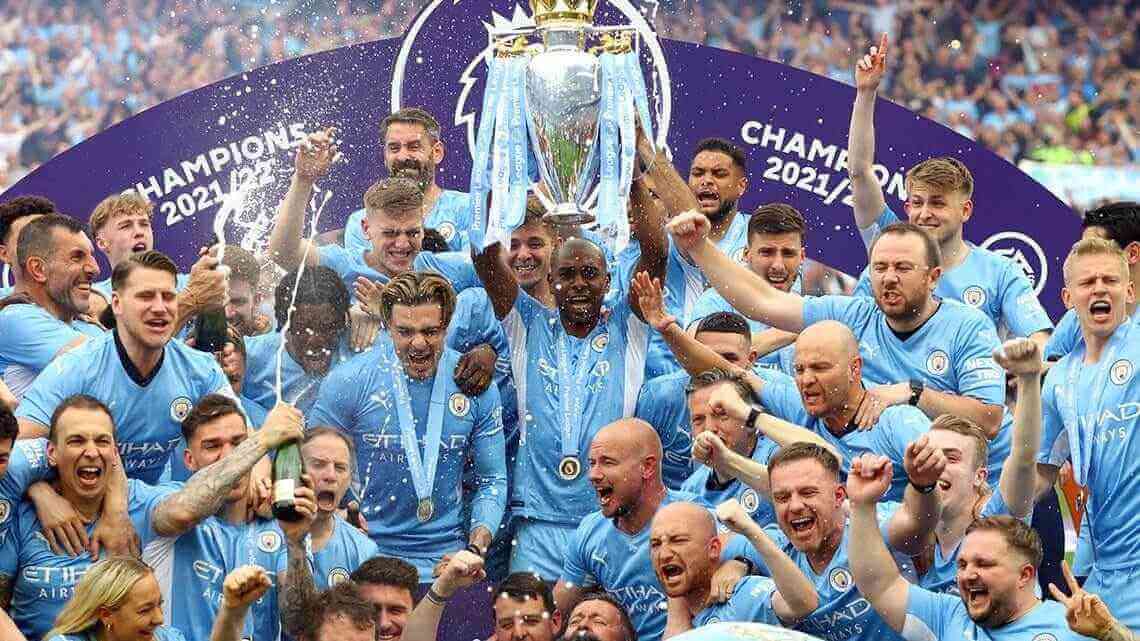 Who is the English Premier League champion of season 2022/23?

FiveThirtyEight, a website that focused on opinion poll, data calculating and analysing, had predicted the champion of this EPL season after matchday 38.

As a result, Manchester City, the champion of last season, will successfully hold the title with 85 points. The City had shown their ability to reign the league again, with the result of four wins and two draws after matchday 6, remaining unbeaten and standing at second place, just one point behind Arsenal.

The Blues had improved their attacking power before this season started by signing Norwegian striker Erling Haaland, who perfectly proved his value with scoring ten goals in six matches, half of the club’s total goals.

Will The Reds be in second place at the end of this EPL season again?

Liverpool, the runner-up of Premier League last season, who gave away the first place to City in the last matchday, predicted to end this season with the same position for two seasons.

However, the 19 times champions of English top football league, are having dissatisfied performance in this season so far. Although they had the historical 9-0 victory over Bournemouth in matchday 4, they are now standing at seventh place with only two wins and nine points.

Liverpool had not much major action in the transfer window this summer, they brought in the Uruguay striker Darwin Nunez as the focused purchase, but he was suspended for getting a red card during the matchday 2.

Tottenham Hotspurs are predicted as the third place at the end of this EPL season, with 69 points, which is a reasonable and expected position for them. The Spurs had a few deals in the transfer window to improve their overall ability, which might keep them competitive for the top four ranking, however, still not the favourite of league champion or runner-up.

Meanwhile, Arsenal are expected to complete the season with fourth place and 68 points, one point behind their London enemy. The Gunners had shown their strength in the beginning of this season, achieving five consecutive wins, and still lead the EPL standing after matchday 6.

Who will miss out on the seats of UEFA Champions League for next season?

According to the prediction, Chelsea will complete this EPL season with fifth place and 64 points, unable to compete in the Champions League 2023/24.

Completed the last season with third place, The Blue Lions had shown inconsistent performance this season, getting three wins and ten points after matchday 6, standing at sixth place.

Meanwhile, 13 times EPL champions Manchester United are expected to stand at sixth place, same ranking as last season, with only 61 points. This means the Red Devils would miss the UCL once again this season, and could only participate in the Europa League for two consecutive seasons.