Ronaldo Banned From MU Game After The Walk Off 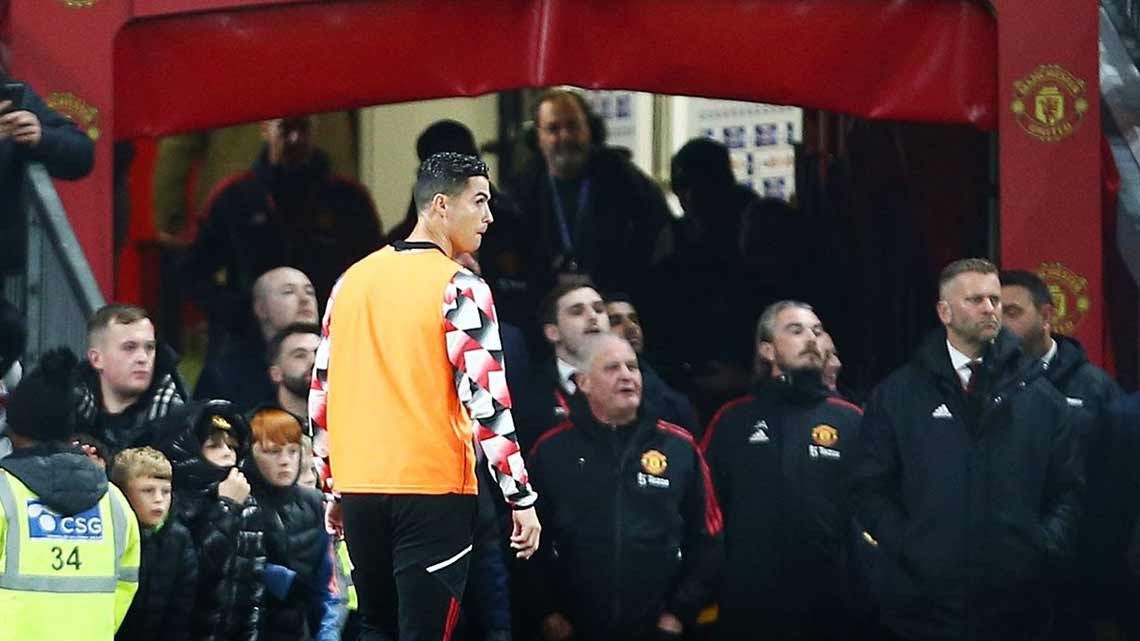 MANCHESTER – Manchester United team manager Erik ten Hag ruled out Cristiano Ronaldo from the list against Chelsea this Saturday, after his walk-off incident during the match against Tottenham Hotspurs on Wednesday.

This action is considered a punishment for him, which showed disrespect to the coach and his teammates.

The Portuguese superstar who had been listed as a substitute during the English Premier League home game two days ago, walked off the seat and left the stadium in the 89th minute before the match ended. The Red Devils defeated the Spurs 2-0.

37 years old Ronaldo showed his anger or dissatisfaction when he left the bench, allegedly not friendly to the audiences nearby him with an unpleasant face.

The disgraceful behaviour from this No.7 legend had been criticised by the public, media and club supporters. The club had then announced to ban him from the upcoming clash of giants against the Blue Lions, not even put him in the substitution.

The Club Backing The Coach

According to the local media, not only suspended for the Premier League focused match, CR7 is also disallowed to have the training with his teammates, instead of training by himself.

Besides, he is reported to be charged 1 million Pounds upon his behaviour, and the club also requested him to apologise to his teammates.

Meanwhile, Manchester United club management is claimed to fully support ten Hag in this incident, as well as the punishment of suspending Ronaldo.

The statistics suggested that the Red Devils had played better without the No.7 icon. Besides the victory over Tottenham, they also won most of their games without the appearance of Ronaldo. Instead, with the Portuguese as their first eleven, United could only draw 0-0 against Newcastle last weekend.

This is not the first time the football phenomenon has had a negative issue on the EPL club. He had reportedly refused for training with the team this July, as an approach to force the club to let him go during the transfer window.

Regarding the walk off incident, Cristiano Ronaldo had expressed his own opinion in the social media, emphasised his respect for his teammates and the club.

In the statement, the legendary star said that he has always tried to set an example for the young players in the teams that he has represented.

He is also showing support for his teammates, hoping that soon they will be together again.

The Countdown of United’s Career?

Furthermore, the action of banning Ronaldo from the coming league match, is speculated as the first move to end his career in Manchester United.

The reports that CR7 will be transferred to another club had widely spreaded this summer, but he is staying after the window closed in August.

However, there are not many options for the superstar to join, as he is out of his top condition as of his retirement age, while his high salary is another concern.

The Portuguese national team captain is desperate to play more matches before the FIFA World Cup finals, which will be started on 20th November in Qatar, to maintain his condition and lead his nation in this major tournament.

The Portuguese national team captain is desperate to play more matches before the FIFA World Cup finals, which will be started on 20th November in Qatar, to maintain his condition and lead his nation in this major tournament.